Contrary to what its name implies, rare diseases are anything but rare. According to NCATS, 25-30 million people in the United States suffer from rare diseases, which averages out to about 1 in 10 Americans. Worldwide, an estimated 350 million people are living with rare diseases. The terminological disconnect can be explained by the approximately 7,000 different types of rare diseases and orphan disorder—a staggering figure that is growing every day.

Clearly, there's a high demand for cultivating research and treatments for rare diseases. So what's standing in the way?

Very few medical professionals come into personal contact with rare diseases, so much of the research conducted is theoretical. Naturally, this type of research isn't always the most reliable. Traditional academic and medical studies have also proven to be difficult, since there is typically a very limited pool of qualified patients available to conduct clinical trials. Findings and results can be difficult to verify in these instances because there is little patient engagement and few cases available to detect strong patterns.

The prevalence of certain diseases are naturally more likely to gain greater public awareness and support, simply because more people come into contact with it on a personal level.

Unfortunately, most rare diseases don't have the luxury of support from foundations, campaigns, and even everyday giving from citizens across the world. Raising public awareness could very easily change the current state of rare disease therapies and research.

The advent of the Affordable Care Act (ACA) radically changed healthcare costs at virtually every level. Under the new act, rare disease patients will no longer face the onerous costs of seeing specialists classified as "out-of-network," since it limits the amount they can be held responsible for.

Passage of the Orphan Drug Act in 1983 also dramatically improved the outlook for rare disease therapies, as it provided drug manufacturers with incentives to invest in research that developed treatments and orphan drugs for rare diseases. As a result, medical technology developed at a rapid pace, leading to revolutionizing insights from advanced technical solutions like genomic sequencing. The ACA and the Orphan Drug Act both indicate what a difference public policy solutions can make at the federal and state levels.

Despite the advantages the ACA has had in improving the affordability and access to orphan products, there still exists a few cost barriers at higher levels of the healthcare industry. Rare disease therapies are exceptionally difficult to develop, manufacture, and commercialize, which ultimately boils down to a problem with cost wars among governments and private medical industry agencies.

Although these barriers might seem discouraging, the U.S. Department of Health and Human Service's National Center for Advancing Translational Studies has created a new program called Therapeutics for Rare and Neglected Diseases (TRND). The program is specifically designed to improve the speed and quality of the development of drugs for rare and neglected diseases. To meet this goal, the program works with the NIH, academic scientists, nonprofit organizations, pharmaceutical companies, and biotechnology companies that specialize in rare and neglected illnesses. 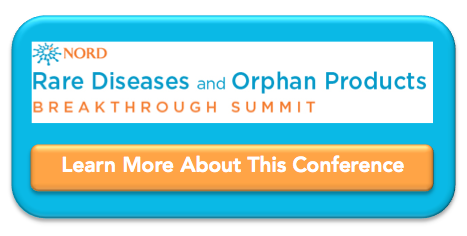