Inside Secrets: The Future of Abuse Deterrent Formulations

With increased pressure on the pharmaceutical industry to come up with creative solutions for the growing drug abuse epidemic in America and a new FDA legislation in effect, the time is now for bio/pharma manufacturers to analyze their formulations and ensure that new and existing products are meeting regulatory standards, reducing misuse potential and minimizing abuse liability. It is critical that the industry adapts quickly in order to ensure their drugs adhere to pre-marketing and post-marketing study requirements, as well as labeling mandates for improving drug safety and achieving market access.

Industry thought-leaders Kyle Simon and Stacey Worthy, both part of CBI’s upcoming Abuse Deterrent Formulations Summit speaking faculty, are here to discuss the new FDA guidance, the future of the industry and the importance of bio/pharma’s response to the epidemic….

In your opinion, what is most important to non-pharma stakeholders in regards to responding to the drug abuse epidemic?

Kyle: It is important to promote consumer awareness around the reality that prescription drugs can be lifesaving when used appropriately, but they can be deadly when misused, abused, and diverted. The demand for easily abused controlled substances should be reduced while also ensuring that patients with legitimate needs have access to medications.

Why do you think it is important for pharma to change their formulations?

Kyle: With more than 16,000 Americans dying from prescription drug-related overdoses each year, transitioning often abused controlled substances — opioids, stimulants, and benzodiazepines — to abuse-deterrent formulations has already shown positive signs in reducing prescription drug abuse, which is in the best interest of public health and safety.

Does the final guidance reflect what we’ve seen from the FDA since 2013?

Stacey: For the most part, yes. The final guidance notes that the FDA will still approve medications on a case-by-case basis, although this version does provide more detail on premarketing and post-marketing studies and labeling, taking some of the guesswork out of the approval process.

Of significance, the final guidance acknowledges that a product that has abuse-deterrent properties is not expected to have no risk of abuse. Instead, the risk of abuse is lower than it would be without such properties. It defines “abuse-deterrent properties” as those properties shown to meaningfully deter abuse, even if they do not fully prevent abuse. Whereas some in the industry feared that the FDA was moving in a direction that hinted at abuse-deterrent labeling only for products that deterred all forms of abuse, the final guidance establishes that the FDA understands the reality that ADFs cannot be expected to deter all forms of abuse and that incremental reductions in abuse can be meaningful.

Stacey: The FDA has noted that it will issue generic guidance later this year, and the release of the final guidance certainly adds additional pressure to release generic guidance sooner rather than later. As it currently stands, FDA approval of generic abuse-deterrent opioids has been inconsistent. For instance, the FDA removed generic oxycodone for lacking abuse-deterrent properties, but did not do the same for generic oxymorphone, leading to uncertainty in the industry. The sooner the generic guidance is released, the more quickly the market can transition to ADFs.

Kyle: The FDA must come up with a timeline for the transition of non-abuse-deterrent generic drugs to abuse-deterrent formulations while being mindful of any possible adverse impacts on access to care for patients and higher costs for treatment.

Although we fully support the need for abuse-deterrent formulations for other controlled substance, such as stimulants, there appears to be no indication that the FDA is planning on releasing guidance any time soon for non-opioids.

Want to learn more about where the industry is headed? Get updates on the ADF final guidance and best practices on implementing risk mitigation, developing protocols to evaluate liability and achieving an ADF label from the FDA by joining us this May at CBI's Abuse Deterrent Formulation Summit. 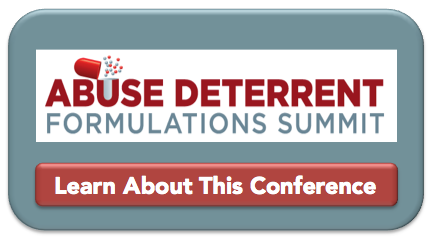 Kyle Simon is the Director of Policy and Advocacy for the Center for Lawful Access and Abuse Deterrence in Washington, D.C. and an Adjunct Professor of U.S. Government at Valencia College.  Mr. Simon’s background includes several years of health policy, advocacy, and political experience. Mr. Simon has worked with policy makers on Medicare, Medicaid, and regulatory issues, served members of Congress, managed a statewide political organization representing the President of the United States, and held leadership roles in multiple political campaigns. He holds a Master of Science in Applied American Politics and Policy and a Bachelor of Science in Political Science from Florida State University. Mr. Simon is the co-author of Abuse-Deterrent Formulations: Transitioning the Pharmaceutical Market to Improve Public Health and Safety, which will be published in Therapeutic Advances in Drug Safety.

Stacey L. Worthy is an associate attorney at DCBA Law & Policy where she provides legal, regulatory, and policy counsel to members of the health care industry, small businesses, and not-for-profits, including on issues involving prescription drug abuse, controlled substance prescribing, and abuse-deterrent formulations. She is also the director of public policy at the Alliance for the Adoption of Innovations in Medicine (Aimed Alliance). Ms. Worthy has authored various scholarly articles, including Abuse-Deterrent Formulations: Transitioning the Pharmaceutical Market to Improve Public Health and Safety, which will be published in Therapeutic Advances in Drug Safety, and has spoken at national and international conferences on legal and policy topics related to substance abuse.