Historically, the bio/pharmaceutical industry has been hesitant to adopt social media strategies, mainly due to the lack of regulatory guidance. The June 2014 FDA draft guidance on the Internet and social media has clarified some questions regarding what is considered to be appropriate messaging on social media sites, including patient/physician forums, Facebook, YouTube and Twitter (to name a few). Though the guidance is new, it has definitely helped to interpret regulatory stances on the topic.  I had the pleasure of discussing the social media draft guidance with Howard Dorfman, Vice President and General Counsel at Ferring Pharmaceuticals. He was able to shed some light on what the FDA guidance really means for industry, including how industry has and will continue to change, industry strategies, what is still unclear and what SOPs might be put in place to better utilize the social media world.

1) In what capacity do you think the industry has changed in the past year in regards to how it’s leveraging social media?

I observe an ever-increasing utilization of various social media platforms within the industry after a prolonged “wait and see” attitude. Certainly more pharmaceutical and medical device manufacturers are integrating social media into various aspects of their commercialization process. Nevertheless, a study released this year by IMS Health found that only 23 of the top 50 global pharmaceutical companies made regular use of social media. Another survey undertaken by the Tufts University Center for the Study of Drug Development reported that the use of social media in clinical research is minimal.

Some pharmaceutical manufacturers are launching really innovative social media programs as a part of their commercial and medical messaging, particularly relating to disease state information, some associated with national patient support groups..

Nevertheless, for each of these examples, there are many more companies either remaining on the sidelines or venturing extremely carefully and in a limited manner in terms of social media. I believe the additional guidance by the FDA may increase company’s use of various social media platforms over the next several years. However, with that said, I don’t think that change in attitude will take place overnight.

2) Do you think the FDA social media guidance will help the life science industry strategize more effectively how and in what way organizations buy into social media?

I believe the release of the various draft guidance documents on social media this year by FDA will provide a further impetus to the use of social media in various contexts, notwithstanding the fact that additional issues and questions have yet to be addressed and that the draft guidances are subject to revision based on comments received by the agency in response to the request for input from stakeholders. In turn, that will likely have the effect of having companies explore additional uses for various social media processes in a range of company activities and functions.

As I stated above, I believe use of social media will increase over time as companies feel they have a better sense of regulatory expectations based on FDA activity and the release of the various guidance documents. The industry hasn’t and most likely will not move in “lock-step” in terms of its increasing use of social media; each individual company will determine its own risk tolerance as well as determining the extent to which social media components, if any, fit the needs of their therapeutic product lines.

3) Do you anticipate the industry now working more closely with the FDA since a written guidance has been distributed?

Apart from providing comments to the draft guidance documents, I think companies will determine on their own how to best utilize social media without increasing regulatory risk. This is the process followed by companies in their use of the internet where companies acted to integrate the internet into their practices without a definitive guidance from FDA.

The FDA will weigh the comments received by all interested stakeholders including the pharmaceutical industry and determine if the draft guidances should be finalized and if any changes are needed based on these comments. Companies will always have the opportunity to seek pre-clearance of its materials if they are interested in seeking particular FDA input regarding a social media campaign that they feel may present a particular risk that they would not want to take without additional guidance.

Social media may be used by companies as part of a risk management plan (under the requirements of FDA-mandated REMS). Under those circumstances, the use of social media will have been discussed and negotiated with the FDA to establish the type of messaging and dialogue with patients to be used.

4) What facets of the social media guidance are still unclear and what is the industry doing to make sure the FDA understands and addresses the holes?

One of the guidance documents indicates that if the company is not responsible for content on a site, the company has the option to correct the misinformation in a truthful, accurate and non-promotional manner. How those terms will be viewed by the FDA when reviewing information posted by a company on a third-party site is open to speculation. Another issue remains the extent to which companies will be able to utilize a social media platform that has a strict limit on characters (e.g., Twitter) for drugs with significant adverse events (e.g., a Black Box Warning) or multiple contraindications. Under those circumstances, existing social media platforms may be inappropriate in a commercial context but may induce companies to consider non-promotional messaging similar to the use of disease awareness campaigns found on the internet.

Another example would be that the FDA has not spoken regarding the concept of “retweeting” where companies pass on information first issued by a person or corporate entity on their own tweet. Another major issue is how the FDA will determine whether a company “controls” a person or entity as to their posted materials on social media. The criteria to be used by FDA in making that determination as to control has not been fully articulated.

5) There has been a lot of discussion from industry that the guidance actually takes the word “social” out of “social media.” Do you agree that the guidelines still make it almost impossible for the industry to engage in a social way in fear of getting reprimanded?

Not necessarily but I understand that perception. The internet and social media are touted as a free communication venue, affording the opportunity for a totally free exchange of information and opinion. Unfortunately, in a regulated industry, particularly where concerns regarding “off-label” promotion and prompt reporting of adverse events present significant obstacles in the uncontrolled use of social media.

6) What type of standard operating procedures and systems are organizations putting in place to help mitigate the risk of getting reprimanded by the government? In other words, what is the industry doing to make sure they cut through the clutter and respond swiftly and effectively to the red flags?

It is impossible to accurately describe an “industry” response or course of action. Nevertheless, there are certain elements common to most review and approval procedures within pharmaceutical companies. For example, most companies (if not all) have a process where representatives of the legal, medical and regulatory functions meet to review and approve promotional and training materials before they are utilized in interactions with health care professionals. That process no doubt has been in place for materials to be presented through social media channels; that process will no doubt continue.

Want to learn more about the FDA social media guidance on interactions with the public? Join us at MedCom 2014- CBI's 4th Annual Medical Communications and Information Summit taking place October 8-9, 2014 in Burlingame, CA. 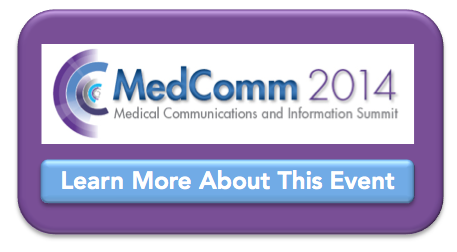 HOWARD L. DORFMAN is Vice President and General Counsel at Ferring Pharmaceuticals, Inc. in Parsippany, NJ. Previously, he served as a Counsel in the Life Sciences group at Ropes & Gray LLP in New York, where he focused his practice on the pharmaceutical, medical device and biotech industries. Mr. Dorfman’s areas of expertise include FDA regulatory law, fraud and abuse, compliance programs, risk management processes, mergers and acquisitions, corporate governance and licensing and product liability. Prior to his time at Ropes & Gray, he was chief legal officer of the pharmaceutical division of Bayer Healthcare LLC, where he was responsible for legal oversight relating to the commercial, regulatory and compliance activities of the company’s pharmaceutical operations. Before joining Bayer, he worked at Bristol-Myers Squibb (BMS). First, as Counsel for litigation, he oversaw and directed nationwide mass tort litigation involving hormones, antibiotic (tetracycline) and medical device (silicone implant) products. Later, he became Counsel to the company’s U.S. Medicines Group, where he was responsible for the legal functions relating to the two largest prescription pharmaceuticals in the Bristol-Myers cardiovascular franchise. Mr. Dorfman has knowledge of the PhRMA Code, Office of the Inspector General (OIG) compliance and FDA-related legislation as well as federal and state fraud and abuse regulations and statutes. He established OIG compliance procedures at a major pharmaceutical company while counseling on Medicare, Medicaid and other healthcare reimbursement matters. Liaising with international stakeholders, he has developed FDA risk management plans and global drug labeling protocols in accordance with U.S. regulatory standards. He has lectured and published articles on a range of product liability and FDA regulatory issues. Mr. Dorfman received his BA with honors from Yeshiva University and his JD from Brooklyn Law School.